Ruhi Hamilton with her Wiltshire Horn sheep on their family farm in Carmarthenshire, Wales.

The Wiltshire Horn is an ancient British breed from the Chalk Downs region of England. Reaching large numbers during the 17th and 18th centuries, they became almost extinct by the beginning of the 20th. A few dedicated breeders persevered with Wiltshires, forming a breed society in 1923. Since the 1970's interest in their unique qualities has increased and by 1982 there were 45 pedigreed flocks in England.

Wiltshire Horn Sheep were exported to Australia in the 1950's and again in the 1970's. They are currently attracting attention for their lack of wool and the need for shearing, as well as their ability to pass on their vitality and quality meat in a cross-breeding program. 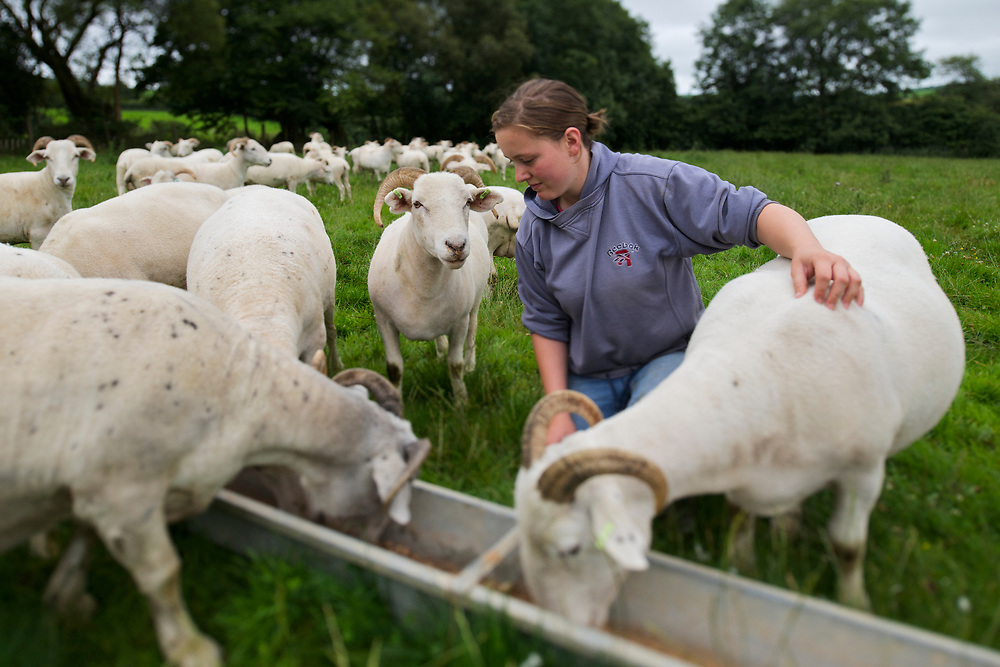