Pterocarpus angolensis (Fabaceae) - kiaat tree; native to southern Africa
Pterocarpus has remarkable fruits: anemochory, dispersal by means of barbed fruits and "Bodenroller" (winged fruits rolling along the ground), a triple strategy. The fruits are enclosed by a flat, dry involucre with a large surface and a relatively high weight. The spiny centre helps the fruit to stick to an animal (epizoochoric dispersal), the arrangement of the wings allows a dispersal by wind currents at the ground. Pterocarpus occurs in the savannah in the south of Africa (from Peter von Sengbusch, botany-online).
The genus has been given a name which describes the unusual seed pods, pter meaning "wing" in Greek and carpus which means "fruit" in Greek. The central, hardened seed case is surrounded by a broad, membranous wing and is therefore called "wing fruit" or Pterocarpus. There are roughly 30 species in the genus and these may be found in the more tropical regions of the world. Four species occur in southern Africa. The specific name, angolensis means "of Angola". The brilliant dramatically red sap found in Pterocarpus gives it the common name of "bloodwood". The wood apparently bears some resemblance to the unrelated true teak from tropical east Asia (Tectona grandis) hence the common name "wild teak". 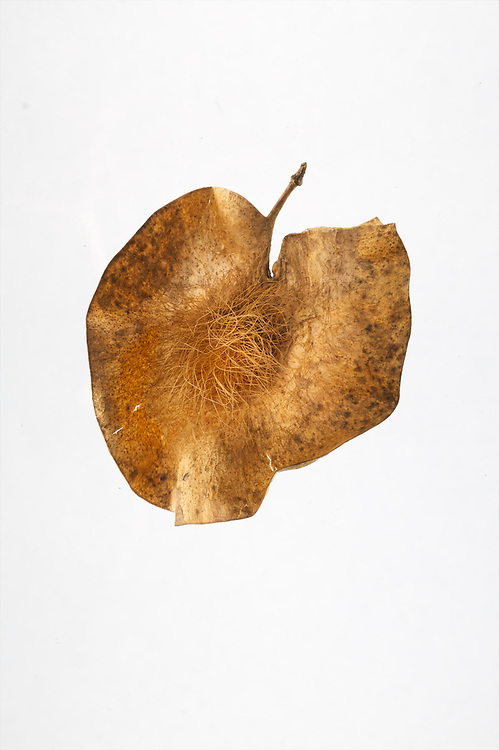